Danielle Kurtzleben at US News:

During the past week, tech and education writers have been talking about data showing that the gender gap in the tech world is evident even in high school.

They cite Barbara Ericson, director of computing outreach at Georgia Tech, who recently broke down the 2013 Advanced Placement exams and found that in three states (Mississippi, Montana, and Wyoming), zero girls took the AP computer science test. Even in the state where girls are best represented among computer science test-takers, Tennessee, girls only took 29 percent of the exams.

US News then went ahead and made this graph, which Mark Guzdial linked to on his blog: 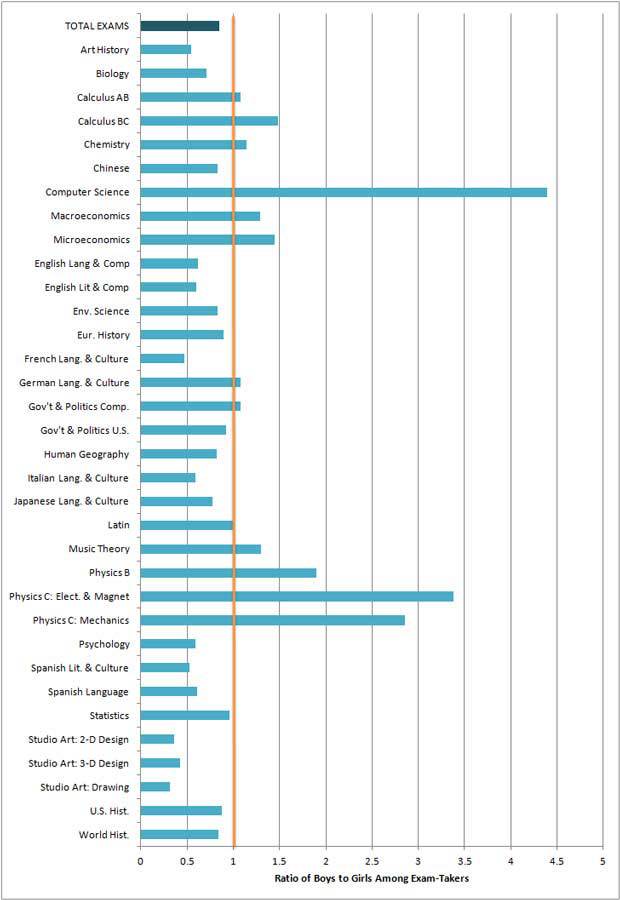 From my best read, the graph is based off of the national numbers available directly from the college board.

I think this graph has a number of great features:

But, I think this graph isn’t as good as it could be, and here’s why:

My mentor William E. J. Doane is fond of saying you shouldn’t criticize without offering a better solution. So, with my thanks to US News and Mark for getting me thinking about this, here’s my refined graph, made with help from Angela Zoss (click to embiggen) 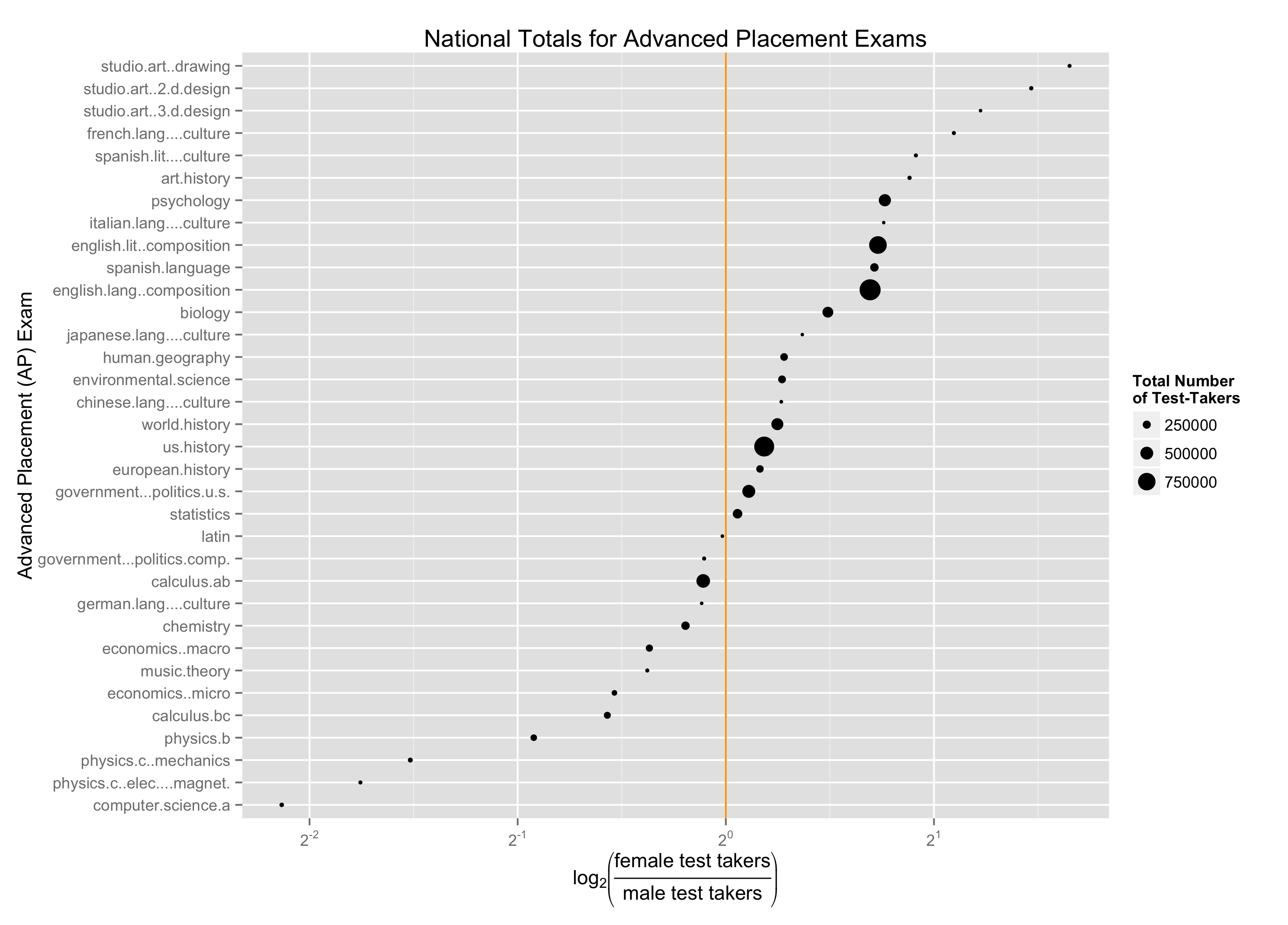 Why do I think this graph is more helpful?

I’ve open-sourced all of this work under an MIT license.